The Art of Privateer Press

I’ve opined numerous times about the importance of fluff, how a setting that engages you and draws you in is critically important to the success of any tabletop miniatures game. Usually I’ve spoken about the world itself, about the characters and how they’re portrayed in the fiction for the setting, but today I get to ramble about the depth of Privateer Press’ visual library, with the kickstarter released for The Art Of Privateer Press.

Over almost twenty years, Privateer Press has amassed a library of art from Warmachine and Hordes to Level 7 and Monsterpocalypse, from in-house artists (including Matt Wilson) to industry masters. The Kickstarter campaign names Andrea Uderzo and Nestor Ossandon; Maybe our pal Florian Stitz will end up in there too! 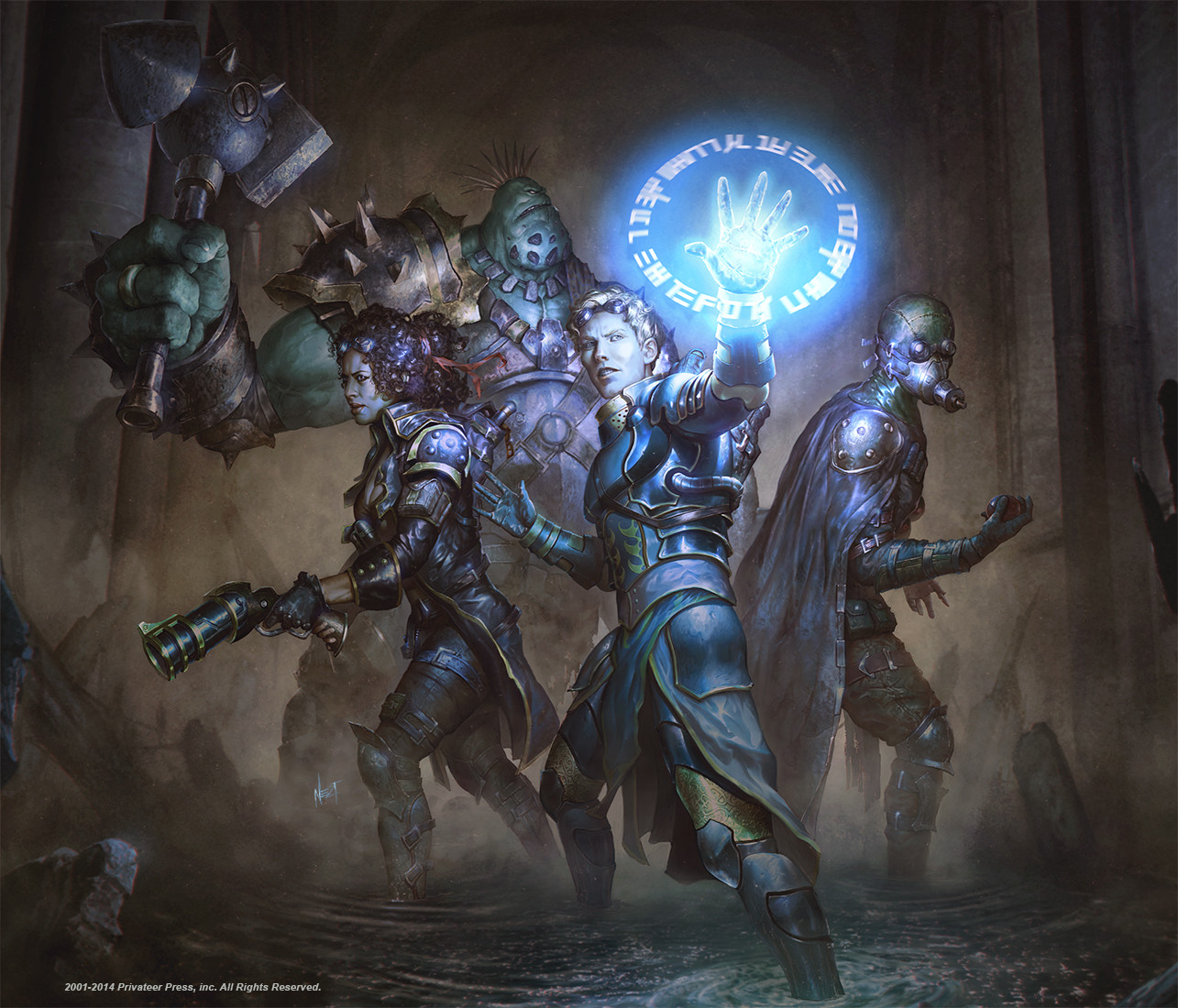 This proposed book is a compilation of stunning visuals from the settings that we’ve played in for almost two decades. All those hours at the tabletop, or poring over rulebooks, or taking in the stories from No Quarter and Skull Island Expeditions – this book will present a graphic history of the hobby.

The campaign does a reasonable job of explaining why the book is being promoted through crowdfunding, so I’ll let that bit speak for itself.

“We have wanted to produce an art book showcasing the illustrations of Privateer Press for many years and we know many players of Privateer’s games have desired this as well. Our primary business, though, is making games, and the distribution network and retail stores where our products are sold do not typically move art books at a volume that would warrant the expense and effort that goes into producing one. So, we shied away from it for a long time, unsure of how best to approach it. Kickstarter gives us an opportunity to determine if the demand for this book is real by engaging with the actual people who want it, and based on how the project funds, we’ll be able to tailor the scope of the book and produce the best possible publication within the constraints of a known budget.”

Rewards from the campaign include more art in the book itself, with stretch goals potentially adding an additional 40 pages, to digital sketchbooks, wallpapers, and at the higher tiers (or as an add-on) you can even get a canvas print of one of your favourite pieces.

For those of you more interested in practical application (aside from having a book to swat pesky zombies with), the reward tiers also include J.A.I.M.s, an exclusive sculpt for the upcoming Riot Quest game  that is also usable as a Mercenary or Minion in Warmachine and Hordes (or, as a Convergence model). With an exceptional amount of stabbiness and some incredibly impractical heels, I’ll be curious to see how many lists she finds her way into as a 5 pt, P+S11 Weapon Master with Prey, Acrobatics, Side Step, Parry, and a bunch of other abilities. But I digress… 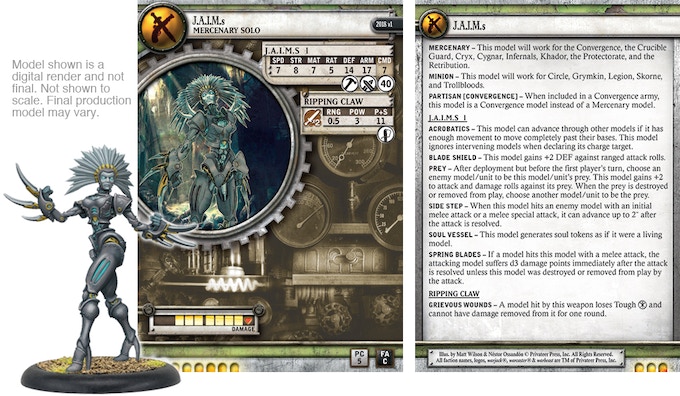 Just as much as the writing on our favourite characters can create vivid images in  (Tell me none of you see Vindictus as a cross between Starscream and the Six-Fingered Man…), the art of those same characters can breathe life into those imaginary figures (He’s a majestic faberge egg with a pipe organ on his back!), can inspire our brushes as we paint, and can greatly enrich our wargaming experience. Also, having it as a coffee table book can be a great icebreaker and introduction to the universe for your Aunt Gladys when she drops by for tea and crumpets.

You can get to the Kickstarter campaign by clicking any of the pics in this post. Take a peek, it may be worth your time. Besides, you never know  which faction Aunt Gladys will be into 😉

📂This entry was posted in Hordes Warmachine